EP109: The Girl in the Bedroom Wall 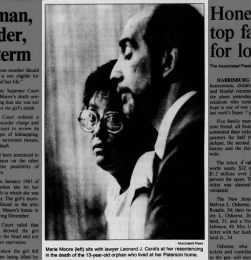 Marie Moore, a 35-year-old mother from New Jersey, convinced a group of young teens to submit to systemic torture and sexual abuse for months. One of the teens, a 14-year-old boy named Ricky, was given the role of enforcer whose job was to dole out the punishments. Marie played mind games with the teens, claiming to be the embodiment of singer/songwriter Billy Joel, who had an insatiable appetite for cruelty. Eventually, Marie/Billy Joel’s thirst for sadistic pleasure culminated into the torture of four people and the eventual death of 13-year-old Theresa Feury.