The Death of Lauren McConniel 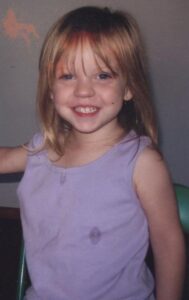 When Ryan McConniel married Brittany Lee in October 2007, he brought his daughters from his first marriage with him. Ryan believed that Brittany would make a wonderful stepmother to his girls, and he trusted her to care for them while he worked full-time. Toward the end of 2009, Lauren began exhibiting disturbing behaviors, ones that Brittany blamed on the abuse Lauren supposedly suffered at the hands of her mother. Brittany always had an explanation for bruises and problems Lauren had, and even though Ryan knew better, he turned a blind eye to Lauren’s increasing deterioration. Listen to this week’s episode to hear more about the sad and terrible death of 5-year-old Lauren McConniel.

A Very special “THANK YOU” to Patreon Member Emily R. for this case suggestion!