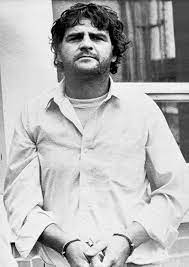 The province of British Columbia in Canada was gripped by a string of disappearances and deaths of its young people in the early 1980s. At first, the police thought maybe the missing children were runaways, and didn’t spend too much of their time on the cases. However, when a 9-year-old boy disappeared and then his body was later found, the police realized that 9-year-olds don’t usually run away from home. Eventually, the police would arrest Clifford Olson, who would be dubbed “The Beast of British Columbia”. Listen to this week’s episode to hear about the 11 murders of children from the ages of 9-18 that Clifford confessed to, as well as other possible murders for which he may have been responsible.

THANK YOU for our episode sponsor, Storyworth! Visit Storyworth.com/crimes10 to save $10.00 on your first purchase!