In the late 1980s and early 1990s, the bodies of young women were showing up around the Lake Elsinore, California area. The increasing body county caught the attention of the police. They knew they had an active serial killer in the area.  Each victim underwent unspeakable horrors. Some of the women suffered greatly, evidence by their battered bodies. When police finally tracked down a viable suspect, everything seemed to fall into place. Listen to this podcast episode to learn more about serial killer William Lester Suff.

In January 1989, Rhonda Jetmore sat on a bench on Main Street in the City of Lake Elsinore.  Rhonda, a sex worker, hoped to encounter a date.  As she waited, a man pulled up in a station wagon alongside the curb. Rhonda got in his car.  After she got in, the man told her his name was Bob.  They agreed on a price of $20 for “straight sex.” Next, Rhonda directed “Bob” to a nearby vacant residence. Once inside, she requested prepayment for her services.

The man handed her a bill.  When Rhonda looked at the bill, she realized it was only $1.00. Before she could say anything, “Bob” grabbed her around her neck with both hands, pushed her down, and began choking her.

As he choked her, she looked at his face, and also noticed his belt buckle spelled out the name “BILL.” She began to lose consciousness as he strangled her. Realizing she had a flashlight, she struck him on the side of his head. Stunned, he immediately released his grip on her neck. She attempted to escape and a struggle ensued.

While they struggled, Bob’s eyeglasses fell off his head. Surprisingly, Bob told Rhonda he would release her if she helped find the glasses.  After looking around the car, Rhonda found the glasses.  She pointed to them, and as Bob reached for the glasses, Rhonda escaped.

Rhonda got lucky. Unfortunately, at least another 13 women didn’t escape William Suff’s clutches. How could a man who used to buy all the grandkids sodas be a serial killer? Listen to podcast Episode 49: The Lake Elsinore Serial Killer to find out all the details of this story. 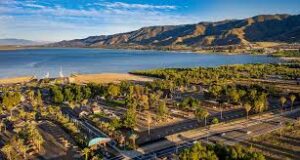 The City of Lake Elsinore 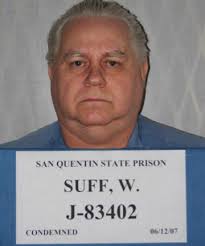 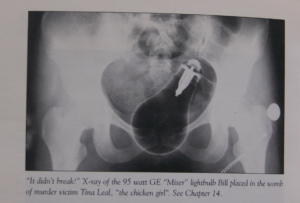