EP72: The Bodies in the Lake In 1996, Rachel Timmerman filed rape charges against a monster named Marvin Gabrion. As the trial approached, witnesses came up missing. Then Rachel disappeared along with her baby after going out on a date. She had no idea that the date was part of an elaborate murder plot by a serial killer. Three letters, written in Rachel’s own handwriting, were mailed to her father and the prosecutor shortly following her disappearance. Then, a month later, Rachel’s dead body was found and details revealed she died a horrific and terrifying death. What did the letters say? What happened to Rachel Timmerman and the four other victims of serial killer Marvin Gabrion? In August of 1996, Rachel went to a party with her older friend Wayne Davis at a trailer.  While there, she was introduced to Marvin Gabrion.  When the party was over, Marvin offered to give Rachel and Wayne Davis a ride home in his convertible.  However, instead of dropping them off, he ordered Wayne out of the car and drove Rachel Timmerman to the woods, where he brutally raped her three times.  The next day she reported the rape to authorities.  A week later, Marvin Gabrion faxed his side of the story to the detective on the case.  He made up a bizarre tale of how Rachel had set him up after allowing her to perform oral sex on him. Marvin Gabrion was arrested for the rape in January of 1997.  On the arrest warrant, it listed the witness that would be subpoenaed to testify in the rape trial.  One of these witnesses was Wayne Davis.  Two weeks later, Wayne disappeared after being seen working on a car with Marvin Gabrion.  It would take years before the police learned his horrible fate.

Three days before the rape trial against Marvin, Rachel went on a date with an acquaintance named John Weeks.  At his request, she brought baby Shannon with her.  They were never seen alive again.  She had no idea that John Weeks was a friend of Marvin.  The very next day, her father received a letter in Rachel’s handwriting, saying that she was eloping.  Two weeks later he received another letter from her mailed from Arkansas.  The prosecutor in the rape case, also received a hand-written letter from Rachel, saying she had lied about the rape.  Rachel failed to show up for Marvin Gabrion’s trial, and the charges against him were dropped.

A month after Rachel and Shannon disappeared, two men at a lake found Rachel’s body.   Then John Weeks, her date, disappeared.  Rachel, Shannon, Wayne and John weren’t the only people to go missing as a result of Marvin Gabrion.  Listen to this episode to find out the tragic and horrible fate of all the victims of serial killer Marvin Gabrion. 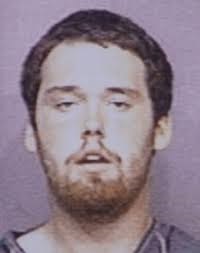 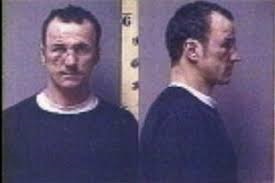 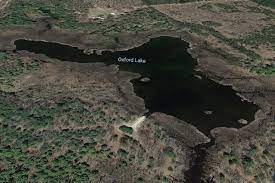 Read Marvin Gabrion's pathetic attempt to convince you he isn't a serial killer. It's going to make you really angry...

Marvin Gabrion is one sicko…