The Girl in the Box - The Kidnapping of Colleen Stan Paige Doherty was a petite brunette fifteen-year-old from a small town in Scotland. Born in April of 2000, she was a typical 21st-century teenage girl; into fashion and make-up, very active on social media with friends, and aspired to be a hairstylist. But all of that changed when she disappeared one Saturday morning in 2016.

The night before her disappearance, Paige spent the night at Lauren’s house; one of her closest friends. Paige worked part-time on Saturdays at a local salon to gain experience, so the following morning she would wake up and head off for her shift. By midafternoon, her boyfriend, Dylan, had not heard from her, nor had Paige been active on social media – which was wildly out of character for her. Dylan decided to call the hair salon since Paige was unresponsive to texts/calls. The manager told him that Paige never showed up to work and did not call out for her shift. He followed up this call with Paige’s mom to see if she was at home. But she was not.

Her parents and friends were convinced that Paige would not run away from home, so wasting no time, Pamela and Dylan reported her missing to the Police. Acting swiftly, the police began searching nearby woods, surrounding shops, and along her route to work. The search went into Sunday with no contact from Paige and no trace of her from the investigation.

The detectives were able to retrace her intended route; the walk to the bus, the bus route itself. Along the walk to the bus stop were a handful of small storefronts and shops. Police interviewed the employees of each shop and finally got a lead. One of the storefront owners, Ashy Ahmed, did confirm that he had seen Paige walk past his shop that Saturday morning. He even recalled exchanging a friendly wave with her before she entered the deli next door. Out of the five shops on the block, Ahmed’s was the only one with functioning exterior CCTV cameras and police requested a three-hour block from that Saturday to determine which direction Paige went after leaving the deli.

But before police had a chance to review the footage, a grim discovery was made in town. About a mile and a half away from their location, a dog walker found human legs hidden under a bush. It had been forty-eight hours after Paige had initially disappeared when police confirmed that human remains were discovered. And the next morning, Paige’s family confirmed that the remains found were hers.

Paige’s official cause of death was listed as blood loss from stab wounds. Paige had been stabbed in the head and neck and suffered more than 250 wounds. Her mother, to this day, says the actual count was closer to 500, but the media did not want to alarm the community, so it was downplayed in the reporting. Most of the injuries were afflicted to the left side of Paige’s body, head, and neck. There was speculation that three different weapons were used: a screwdriver, a pair of scissors, and a knife. This attack was not quick and was assumed to have been purposefully prolonged. Police were still waiting for Ashy Ahmed’s CCTV footage to be converted to a format that would allow them to view it – in the meantime; they continued their conversations with the nearby shop owners. Police spoke with the deli owner, John Leathem, who owned Delicious Deli, the storefront that Paige had been seen entering. John denied having seen Paige or that she had even come in at all. The Police pushed on Leathem about this, as this was a small community, and Paige was a regular in those storefronts as she frequented them on her way to work weekly. Eventually, Leathem recalled seeing Paige, that she did purchase a roll and then left to catch her bus. He said that she acted normal and that nothing was amiss during their transaction.

This was the last known sighting of Paige. Police deduced that since her body was found only a mile and half from the deli’s location, she was highly likely never made it to the bus stop.

When the CCTV footage came in, Police saw Paige enter the deli at 8:21am. Police were waiting to see her depart the shop so they could see which direction she headed – but in their three-hour block of video (7:00 am – 10:00 am), they never saw Paige leave the deli. Police brought in Leathem for questioning as he had previously lied about the length of his transaction with Paige.

They asked Leathem to provide CCTV footage from inside his shop. He willingly offered it, but when police reviewed the footage, there appeared to be large chunks of footage missing. The video never even showed Paige enter the deli. And police knew Paige did enter the deli based on the exterior CCTV footage.

Police requested the full day’s exterior CCTV footage from Ashy Ahmed. And when reviewing the full day, Paige is never seen leaving the deli. Fearing that something more sinister had occurred, they had a forensic team sent out to John Leathem’s deli. In addition to learning that Paige never left the deli, the footage also revealed suspicious behavior from Leathem. At 10:00 am (two hours after Paige is known to have entered the deli, Leathem is seen running out of his shop and into a neighboring store. He purchased several items and ran back into his deli. At this point, from different witness testimony, it is believed that the deli had been temporarily closed. At 10:03 am, Leathem is seen on footage exiting the shop again, going to his car and making space in his trunk. Leathem then walks out of the deli and places a large trash bag into the trunk.

At 11:59 am, Leathem is seen getting into his car and driving away.

Thursday, March 24, Leathem, a thirty-one-year-old father of two, was arrested on suspicion of murder. Leathem had been featured on a media outlet before his arrest, speaking about how shocked he was that something like this would happen in his community. He expressed that he would be distraught if something like this happened to his family. He even mentioned one of his daughters, also named Paige.

He supported Paige’s family in searching for their daughter, shaking hands with family members, and he even went as far as to extend an invite to Pamela (Paige’s mother) to talk about her daughter at his home. Pamela declined as she did not think there was anything to discuss. Pamela would later question if Leathem was worried that she would come to find out he was guilty and try to commit the same act on her. Police questioned the shop owner of the store that Leathem had run into to purchase items. They asked about Leathem’s demeanor and what items he purchased. The owner said that Leathem purchased trash bags, bleach, gloves, and anti-bacterial wipes.

Two days after Leathem’s arrest, he entered neither a plea of guilty nor not guilty. Six months after Paige’s murder, on September 5, 2016 – Leathem appeared in court and pleaded guilty to the murder of Paige Doherty.

Leathem stated that Paige was conversational while making her roll and that their interaction had been the same as any previous interaction. Paige was the only person in the shop that morning, and their conversation focused on her job and how she wanted a different position. It was at this point that Paige stated she wanted a job at Leathem’s deli. Leathem told Paige that she could come to the back to complete an application. Leathem noted that it was at this point he noticed her age on the application and informed her that he couldn’t hire her due to her age. Leathem claims that Paige became enraged and threatened to go to the authorities and claim that Leathem touched her inappropriately if he did not give her a job. Leathem has a twin brother that is on the sex offender list for raping a woman. Leathem maintained that this fact caused him to panic, as he knew the troubles his brother faced with those charges tied to him. He figured there was no way he could let Paige leave the shop and make those accusations against him. Leathem grabbed a knife and began stabbing her. In some twisted train of thought, he believed that being a murderer was far less damaging than being a sex offender.

Pamela does not believe Leathem’s story – Paige had a job that she loved and put her in direct access to the field she wanted to pursue. Pamela insists that Paige would never be vindictive even if she had wanted a job at the deli. She believes that Leathem instead attempted a pass at Paige, to which she refused and resulted in enraging and embarrassing Leathem.

Leathem told Police that he took Paige’s body from the deli on Saturday to his home and hid her body in a garden shed over the weekend. On Monday morning, he grabbed her body and dumped it where Police had found it.

On October 12, 2016, Leathem was sentenced to a minimum of 27 years in jail before becoming eligible to apply for parole. However, in February 2017, following an appeal by Leathem, the minimum term was reduced to 23 years. 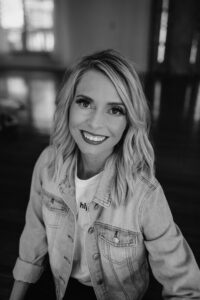 Special thanks to our new contributer, Mariya Hamilton, for all the hard work she put into researching and writing this fascinating true crime story for us.

Back to True Crime Stories

Listen to Crimes and Consequences Podcast
FOLLOW ON APP