In the 1970’s there was someone lurking, stalking and attacking women in the Metro Detroit area. The viciousness and brutality increased with each attack until women were ending up dead in truly grotesque ways. The attacks in Michigan ended in 1981 because the killer, later determined to be Coral Watts, decided the heat was getting too hot and moved to Texas to continue his killing spree. By the time he was caught, Coral Watts ended up admitting to over 100 murders. Listen to this week’s episode to learn about Carl Eugene “Coral” Watts, one of the most prolific serial killers in American history. 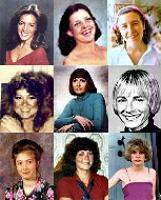 Some of Coral Watt's Victims 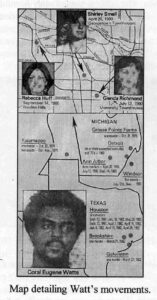