The Torture and Murder of Uwe Durbin 31-year-old Lester Wilson, known as Woody, lived in a two story home in Riverside California with his wife, Barbara Phillips “Bobby.”  On June 8, 1997, a realtor arrived at the couple’s home at 9:00 am for a prearranged meeting. Bobby and Woody were running late for the meeting, so when the realtor arrived, they weren’t there yet.  The realtor noticed the back door was wide open, and suspected, that a burglary may have taken place.

Only a few minutes later, Bobby and Woody pulled into their driveway.  They all entered the house and did an inventory of it.

While walking through it they noticed two televisions and a VCR were missing.  Woody had a pretty good idea who stole the items from the house.

A few weeks earlier, Woody and Bobby had allowed a man named Uwe Durbin, a drug addict, to stay with them. While staying with them, Uwe got caught stealing and they kicked him out. This second theft enraged Woody, and he grabbed a gun, his two pit bulls, and his wife, and stormed out of the house to get revenge. The realtor was so sufficiently disturbed by Woody that he took down Woody’s license plate number and called 911.  In the 911 call, he told the dispatcher that Woody had a gun and he was concerned he might start some trouble.  He was right because Woody was a very evil, dangerous man.

Listen to "Two TVs and a VCR" 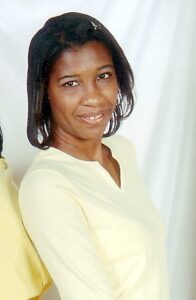